What is Python and Why is it so popular today? 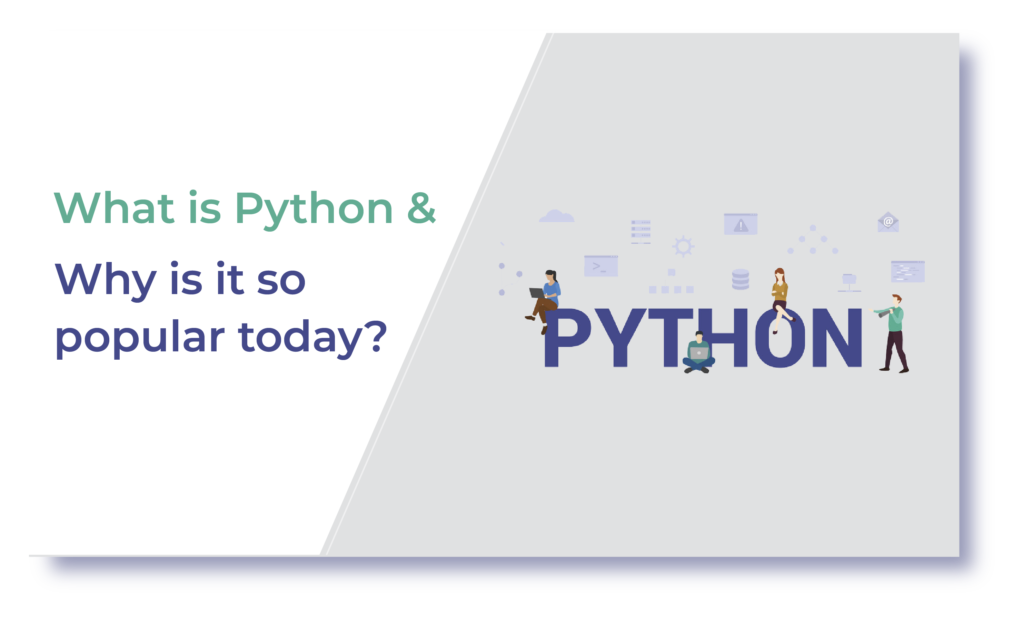 What is Python and Why is it so popular today?

Python is one such programming language that has numerous fans and users around the globe. It has been used and adopted by techies around the globe for a range of developmental activities including application development, software development, web development, data science, automation and so much more. In this article, we will take a look at what makes a general-purpose language like Python so popular and on-demand in this era.

Python is a high-level programming language having dynamic semantics. It is an object-oriented language having data structures of a higher level built with a combination of dynamic binding and dynamic typing. For this same reason, Python has become something like a unanimous choice for Rapid Application development as well. It offers comparatively lower costs for program maintenance. The reason behind this is simple yet surprising enough.

This is because Python as a programming language is easy to learn, convenient, non-complex and readable. The packages and modules supported by Python enable the purpose of resuing codes and modularity of programs. One can easily avail resources like an extensive standard library and Python interpreter.

Apart from being convenient, simple, and easy to work with, Python offers great productivity for programmers as well. The task of the edit-test-debug cycle works with appreciable speed when with Python and it comes devoid of any compilation steps. Something any programmer hates is having to encounter bugs within their program and sitting down for hours to fix them. Well, in Python the process of debugging too is not as herculean it seems and it is also said to withstand any sort of segmentation faults. A timeless one can even fix a bug by adding print statements to the source as well.

What makes Python so Popular?

Now that we have discussed and mentioned what Python is and why it is preferred by programmers and developers you might have already understood why it is considered to be a go-to-go. To add, there are some aspects that make Python even more popular in the digital space.

Today the number of Python programmers and users is on a steady rise. Students who opt for Computers in schools are taught Python in their elementary levels of education. Therefore it would be significant to say that there is a steady rise in demand and resources in Python on a global level. In fact, Python has a huge community of programmers who adds libraries and modules in order to encourage and help other programming enthusiasts. This helps Python developers at times they run into an error allowing them to learn, adapt and overcome their errors.

Lakshmy is extremely motivated and enthusiastic when it comes to learning about recent developments and technological aspects in the digital world.